Top 10 Discord Servers to join as a Developer 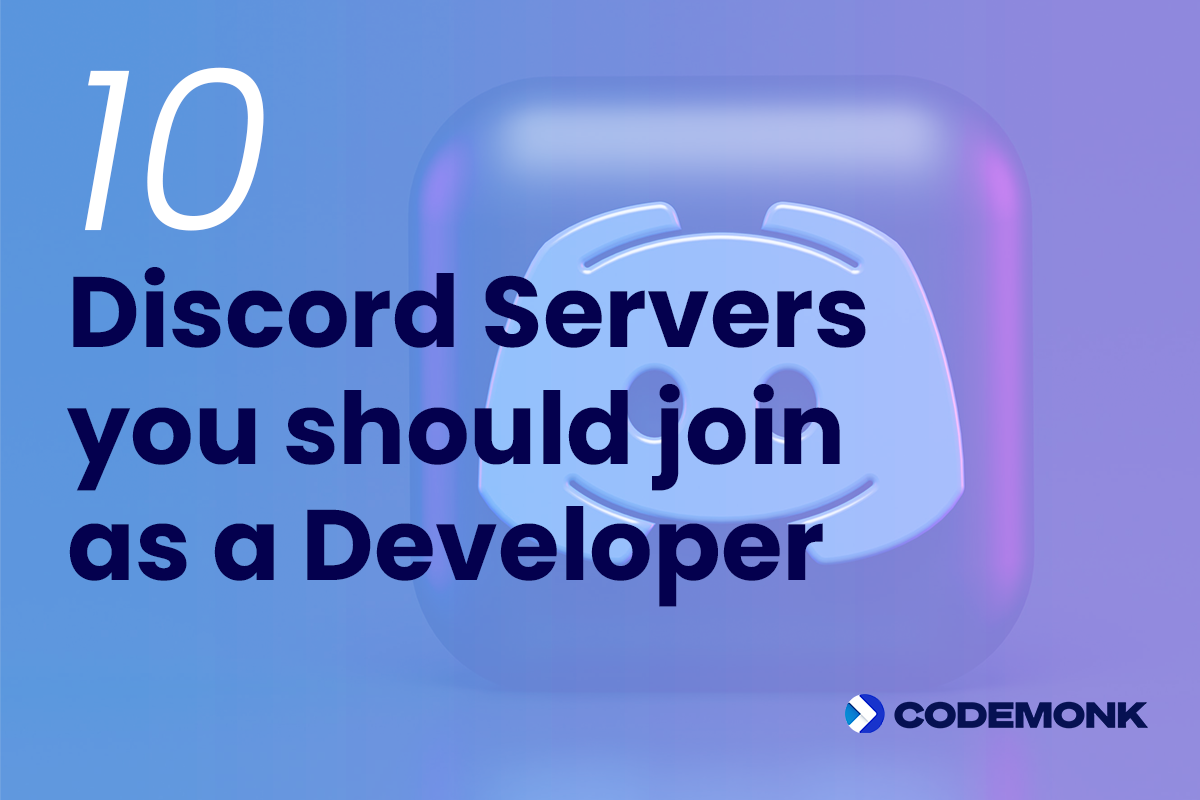 In today's online world, we are all bombarded by the sheer choices of social media platforms we utilize. While most are still using Facebook, Instagram, Twitter, Snapchat, and whatnot, Discord has carved its way up quickly and silently. With a total of 150MM users and 6.7MM servers in Sept 2021, this count is not going down anytime soon as Web 3.0 arrives.

While software development communities have existed across the internet, Discord has helped centralize many of them, especially those targeting Web 3.0. Along with being a platform for gamers, it is a go-to platform for developers exploring what Web 3.0, blockchain, and the ecosystem look like. However, this leads to the question of which server among those 6.7MM are the top 10 servers for developers to join?

What is Discord, and why is it important for Developers?

Launched in 2015 as Discordapp, it was initially built as a forum for gamers. However, led by a few rounds of funding since its inception, it quickly became the platform of choice for developers, gamers, and other niches of people by 2016.

Today, Discord has become one of the most talked-about social media platforms for fostering various kinds of communities, especially ones for Web 3.0. Today, it offers VoIP, instant messaging, and digital distribution as the mode of communication with each other in the chat rooms within the community server. The reasons for its adoption as the platform of choice are:

‍Though it is a chat room and a social media platform, it is also a go-to option for many due to the sheer volume of unique emojis. Furthermore, it allows you to create custom emojis that can be still or animated depending on their purpose.

Besides being occupied by gamers and older geeks, the COVID-19 pandemic paved the way for younger Gen-Z to find their home on Discord. It has expanded its user base to artists, writers, content creators, developers, etc.

You control everything in multiple chat rooms when you create a discord server. You can moderate the rights that different users have, and you can moderate what people can publish and where. This structural approach allows you to moderate your server like a business owner.

Compared to traditional social media platforms that just allow you to ban a user or limit them, discord will enable you to delete the older messages altogether as you ban a user. Furthermore, you can exclude them for a specific time if they have overlooked the number of warnings.

Discord was limited in its outreach to the users it had initially. However, today it is expanding in its scope of user base acquired. Discord plays a vital role in marketing to make sure that you reach all kinds of users. It allows users to have a direct word-of-mouth marketing impact that can influence decisions on a server level.

What may seem like a shock is that Discord, despite being a social platform itself, can integrate with 200+ other applications, including several social media networks. This is a boon for developers who are always looking for hacks and user guides or hands-on experience to integrate other apps with their apps or servers.

For developers, one of the biggest challenges is managing and moderating tasks. However, Discord allows you to experience that firsthand as well. For example, it does not limit the number of members that can join a server, and neither does it limit the number of chat rooms you can have within a server. Additionally, it gives you various moderation tools that are a boon for developers, in the long run, to manage large groups or tasks efficiently.

Despite its limited usage in the current world, Discord helps amp up your off-page SEO. This is because it is essentially a social media platform, and if a business is on the platform to market itself, this is counted as social mention. This means that it can double back as an off-page SEO tool while being a marketing tool for many.

Top 10 Discord Servers for a Developer

If you are starting your journey as a developer for Web 3.0 and looking for resources, the internet will provide plenty of them. However, a community where you can brainstorm ideas for the next internet iteration? That’s still some way to go. That being said, Discord has got you covered with that with the top 10 servers that you can join as a developer:

A place where a fresher can get in touch with an industry veteran, the Programmer’s Hangout Discord server is home to over 90k members. The community welcomes developers and programmers of all levels seeking to learn or share their skills. It is essentially an online coffee shop to interface and interact with programmers and developers across the globe.

If you are an experienced developer looking to get in touch with prospective clients or get some side gigs, then the CodeMonk Discord server is the best bet. Primarily oriented towards Web 3.0, the server helps scout talent globally and connects them to the right clientele for a win-win situation while ensuring that the developers earn an average of $13,500 per month.

If you are starting with databases or the primary programming languages, then Coding Den is where to be. It has over 50k experts who can answer any query about Java, Python, Frontend, and databases. As a bonus for its users, regular giveaways and gifts are also for members.

JavaScript is one of the go-to languages for front-end and back-end development projects. The SpeakJS Discord community is where you should serve that purpose. It has several servers that allow you to join the conversation on different topics. Anyone from a newbie to a professional is allowed to join.

If you are trying your hand out in coding and have run into a snag, CodeSupport is here to help. Language agnostic has developers and members at various stages in their coding understanding and is always willing to help out a fellow coder. The only catch is that they are strict about the rules that a user should follow, and it'll be a smooth sailing experience overall to develop your love for coding.

Combined, they have a little around 200k members in the community. These form the pillars for the Node.Js and the React.Js wings of the JS industry. Depending on what you fancy more, you can quickly join either community that is always open for budding developers. Whether it is to find out the latest in the industry, get your queries answered, or just pick up some side gigs, the Nodeiflux and Reactiflux Discord servers are some of the best ones.

Before you go out and call yourself a full-fledged developer, you might want to learn skills and probably practice them under a tutor, like an internship arrangement. You can ask your doubts from programmers and also learn from them. It has multiple open source projects and tasks for newbie developers to learn and hone their skills.

TensorFlow is the tool if you are into deep neural networks, artificial intelligence, and machine learning. To make sure that happens efficiently and through the community, the TensorFlow Discord server is there for you. It has over 8,000 members who are ready to help each other out to solve problems, ideate, and maybe even collaborate on projects.

All work and no play make Jack a dull boy.

The official Discord server from the makers of Python language is the place to be with almost 170k members. Made for all enthusiasts who love polishing their skills, adding new tips and tricks, and even clearing their doubts and queries about the famous language, it is a cohesive community of people who share their love for Python. To take it a step further, it hosts several contests and competitions with a strict no-toxicity policy which keeps the overall environment clean and friendly.

In the End: what Discord Server to choose?

With the onset of Web 3.0 just around the corner, Discord servers like CodeMonk, Programmer’s Hangout, and others help give developers the traction they need in their careers when they are starting. Whether to hone their skills or just to clear some doubts, the above servers have it all sorted out with the members that run them.

So, rest assured you are in good hands when you choose one of the above servers and get started on your development journey without any fear!

Does LinkedIn Help You Get a Job in Technology? 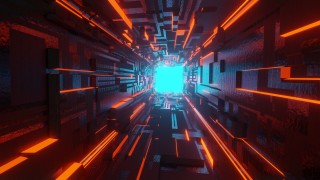 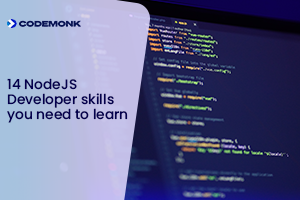 How to Become a Professional Node.Js Developer in 2022?