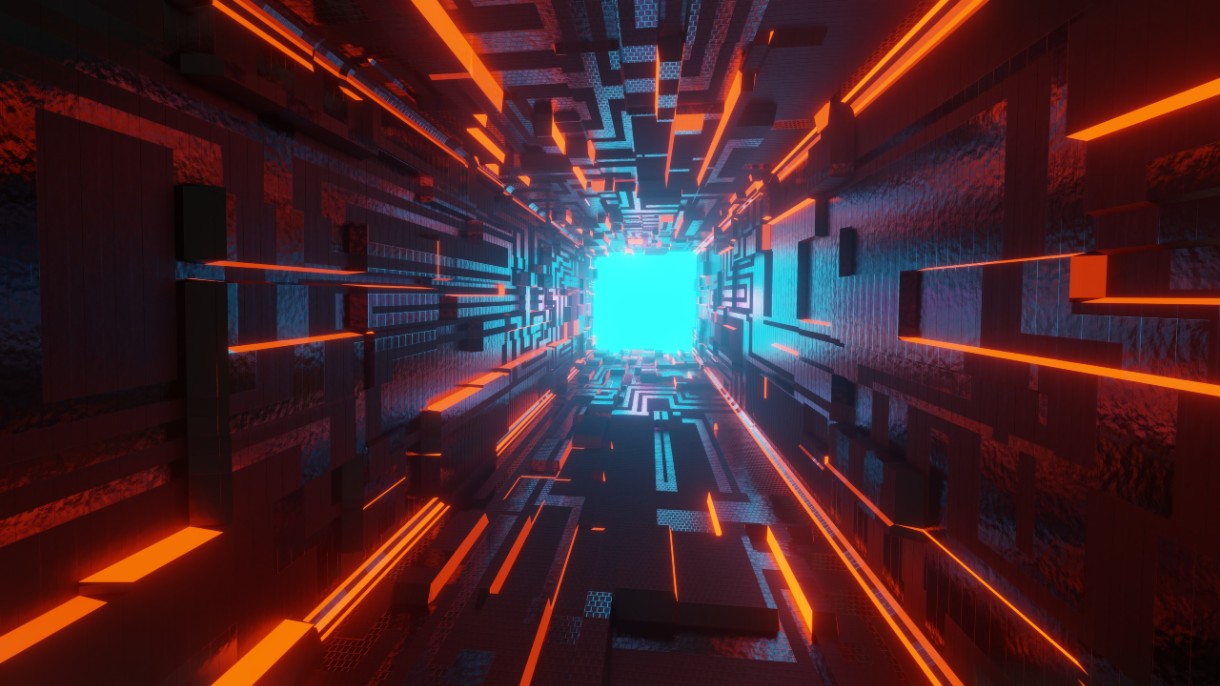 Web 3.0 is the latest buzzword causing disruptions in reading, writing, and interacting with the internet. This new Internet technology unfurls immense scope for businesses and users to own and control a part of the web. Advanced technologies such as machine learning, artificial intelligence, AR/VR, IoT, and blockchain make the Internet evolve into a more human entity. Investors are already betting $27 billion that Web 3.0 is the future of the internet.

Web 3.0 is often related to cryptocurrency, metaverse, non-fungible token (NFT), and decentralized finance spaces. But businesses and entrepreneurs are still baffled to understand the relevant Web 3.0 examples and ways to use them. For forward-thinking leaders, this article will demystify various facets of Web 3.0.

A Brief History on Evolution of the Internet

Before we deep dive into Web 3.0, let's understand the journey of the Internet's evolution via Web 1.0 and Web 2.0.

During the 1990s, the World Wide Web was first introduced in its "readable" phase. After that, users could only retrieve passive information with little to no interaction.

Also known as static web, Web 1.0 was the most reliable internet, but it was a one-way highway. The read-only static applications were mainly hard-coded HTML pages with limited content creation scope. With the arrival of mobile, social, and cloud technologies, the world moved to the next phase, i.e., Web 2.0.

The next phase is the Social web or Web 2.0 that opened more avenues for users to interact with products on the internet. Web 2.0 is considered the "writable" phase that includes connectivity, collaboration, and real-time collaboration between users.

The advent of Web 2.0 accelerated the age of social media, backed by the adoption of mobile technologies. Businesses and users alike could voice their opinions around the globe. Further today, in the covid-19 pandemic, the number of mobile internet users rose to 4.28 billion worldwide, that's almost 54.6 percent of the total global population.

Imagine the amount of data being produced and consumed each day. A Forbes study on Global Online Content Consumption claimed that people, on average, spend almost 7 hours a day on the internet. However, only some big businesses could identify the potential of this massive data. Companies like Amazon, Google, and Facebook provide platforms that profit their users. To its merit, Web 2.0 has been the most significant factor for the success of e-commerce.

The downside of Web 2.0 was the compromised security and misuse of user data. Even with the arrival of cloud technologies, the services became faster and more secure but still did not transfer the ownership to the user. Moreover, the dependency on the online platforms to deliver business or services does not give full access to the user.

Coined by Ev Williams, the co-founder of Twitter, Web 3.0 is the future version of the web, open, trustless, and permissionless. By definition, Web 3.0 is a transparent peer-to-peer network connecting people and devices with no single point of failure. Furthermore, it is internet-based on decentralized networks, i.e., Bitcoin, Ethereum, blockchains, etc.

Web 3.0 takes further the concept of the semantic web with an intelligent version of the Internet powered by technologies like blockchain, artificial intelligence, and big data. It will improve data and resources efficiency and offer developers an opportunity to create complex apps. Web 3.0 apps are built on blockchains and are popularly known as decentralized apps (DApps).

Web 3.0 keeps its users the center of focus and makes the internet more human. The semantic web concept is to derive meaning and emotion from the data. Thus, the end-user will always get relevant search results.

In the current scenario of Web 2.0, the monopoly of tech giants such as Google, Facebook, and Microsoft over user data questions ethics, privacy, and monetization. With Web 3.0, you can transfer the ownership from a single entity to the users, who can also be incentivized to participate.

This way, users have the decision-making power over the data. Further, with faster connectivity and native digital payments, there is a need for any third-party or intermediaries to conduct a transaction. This third generation of web offers its users one-to-one personalized interactions.

The core principle of Web 3.0 intends to make user search much more personalized, faster, secure, and efficient. In addition, the human-machine interface will be intuitive with an intelligent internet. The focus is to derive meaning from complex user data and patterns without human intervention using AI and other Web 3.0 technologies.

Web 2.0 applications allow users to interact with machines through their front-end or application layer. With a client-server model, the user interface communicates the user inputs/data to the server-side code where the processing takes place. Finally, the result is sent to the user through an internet browser or app's interface.

In Web 3.0, the flow changes as there are no centralized databases to store application state or user data. The application server where the backend logic resides is also distributed, unlike before. This is replaced by a blockchain, allowing developers to build apps on a decentralized machine. Nodes do review and maintenance on the web.

Developers define the logic of the decentralized web application in smart contracts, which are deployed on decentralized machines. Anyone can deploy their blockchain app on this shared state machine.

To understand the architecture of Web 3.0, we will have to look at its four prime elements.

Users may not realize the transition from Web 2.0 to Web 3.0; the backend will see a significant shift. Web 3.0 stack of protocols promotes fully decentralized applications. This makes the network more reliable and fast and makes you an owner of a web part. Thus it is essential to base this technology on blockchain logic.

The peer-to-peer review system in the blockchain ensures that users are updated on the data block building and keep it decentralized. Unlike Web 2.0, which was driven by the emergence of mobile, social media, and cloud technologies, Web 3.0 evokes technological innovation by adding new layers to the stack.

For making a shift from client-server architecture to become an open, permissionless, and decentralized environment, the core tech stack needs to change. The Web 3.0 stack is divided into the following layers:

Below are four main features that can help us define Web 3.0:

Benefits of Web 3.0 Over Predecessors

With Web 3.0 networks operating on decentralized protocols, cryptocurrencies are often associated. But, first, Web 3.0 protocols rely heavily on native money and cryptocurrency to incentivize users who help create, govern, and contribute to the blockchain project.

Web 3.0 tokens are digital assets that largely contribute to the vision of a decentralized internet. Different protocols provide different services such as storage, identity, hosting, and more. Some famous examples include Ethereum based Livepeer, a video, and streaming applications marketplace. In addition, helium uses blockchain and tokens to incentivize users to participate.

Blockchain technology also powers the non-fungible tokens (NFTs), virtual assets. NFTs are digital versions of art, instruments, or even clothing brands. These assets are encrypted and can't be duplicated, so their value rises. To be fair in all these transactions and processes, a new idea of a corporate Web 3.0 has emerged, known as Decentralized Autonomous Organizations (DAOs). The DAO uses Web 3.0 tokens to distribute ownership and decision-making authority more evenly across the web.

Will Web 3.0 change how we use the internet?

At the core of Web 3.0 are the decentralized applications (Dapps) that incentivize users who help maintain the network. It’s like an App Store in the Web 2.0 world. For example, some popular apps include NFTs that people use to trade non-fungible tokens (NFTs).

Web 3.0 is the future where the control and profits are transferred from a single entity to the users. Power is transferred to everyday users who can use this decentralized version of the internet to read, write and interact with the web. Also, the Defi protocols will change the way we transact. It promotes the one-to-one transaction over the internet in a secured environment. Also, monetization of digital assets ensures distributed wealth across the citizens. For developers, the scope of development of these apps can solve critical problems of human life.

The future of the internet is here. The Internet 3.0 version will give people complete control over the data and own the web part. In addition, with blockchain and cryptocurrency pushing it forward, Web 3.0 will unfurl new opportunities for people, businesses, and techy.

Web 3.0 will allow transparent use of user data and a personalized web experience using 3D graphics. This new age of the internet will be immersive and interactive. All this was impossible in the Web 2.0 era, so we are waiting with open arms to leverage it. 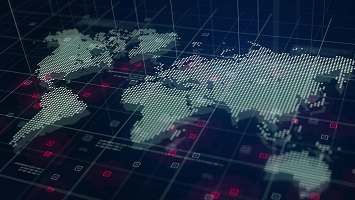 Our Vision for the Future of Work for Digital Product Teams 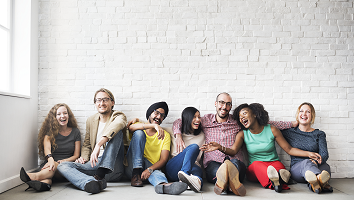 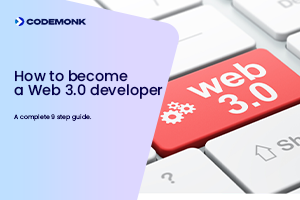 How to become a Web 3.0 developer?